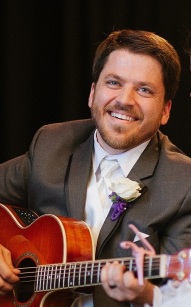 Chris Stroh is in his eighteenth year of teaching elementary music, band, and percussion. He currently resides in the Cincinnati, Ohio area. He has previously worked in Seattle Washington, Minnesota and South Dakota.
Chris has performed over 600 times with wind bands, orchestras, choirs, musical theater, school groups, rock bands, and more. He has performed at a number of famous venues, in the Seattle area and beyond. He has been playing and studying percussion for 30 years.
He serves on the Board of Directors for OAKE, the Organization for American Kodály Educators, where he helps to promote the use of the Kodály method of music education nationwide, including a recently concluded term as Executive Treasurer. He has been active in the OAKE community since 2012. He earned his Master of Education Degree in Teacher Leadership from Seattle Pacific University in 2016.